The Raspberry pi is a mini computer which is designed in a single board with all the essential components required for running an operating system. The Raspberry pi is a device which uses the Broadcom controller chip which is a SoC (System on Chip). This SoC has the powerful ARM11 processor which runs on 700 MHz at its core. This minicomputer comes without a display unit, but it can be used with HDTV display or normal NTSC or PAL standard TV screen. It has an Ethernet port which allows it to be connected to a network. Operating systems from Mac, Windows and Linux can be loaded in the Raspberry pi. The capability of this inexpensive board to load operating systems from Linux and accessibility of the board through a LAN network makes it a perfect choice for tiny dedicated web servers.
This article focus on how to configure the Raspberry pi board as a web server and the technique to make it serve a graphical game for those who type the IP or address of the Raspberry pi board from the address tab of their web browser. The Raspberry pi web server is available in the same LAN network or it can be made available to anyone who has the internet connectivity using the technique of port forwarding. 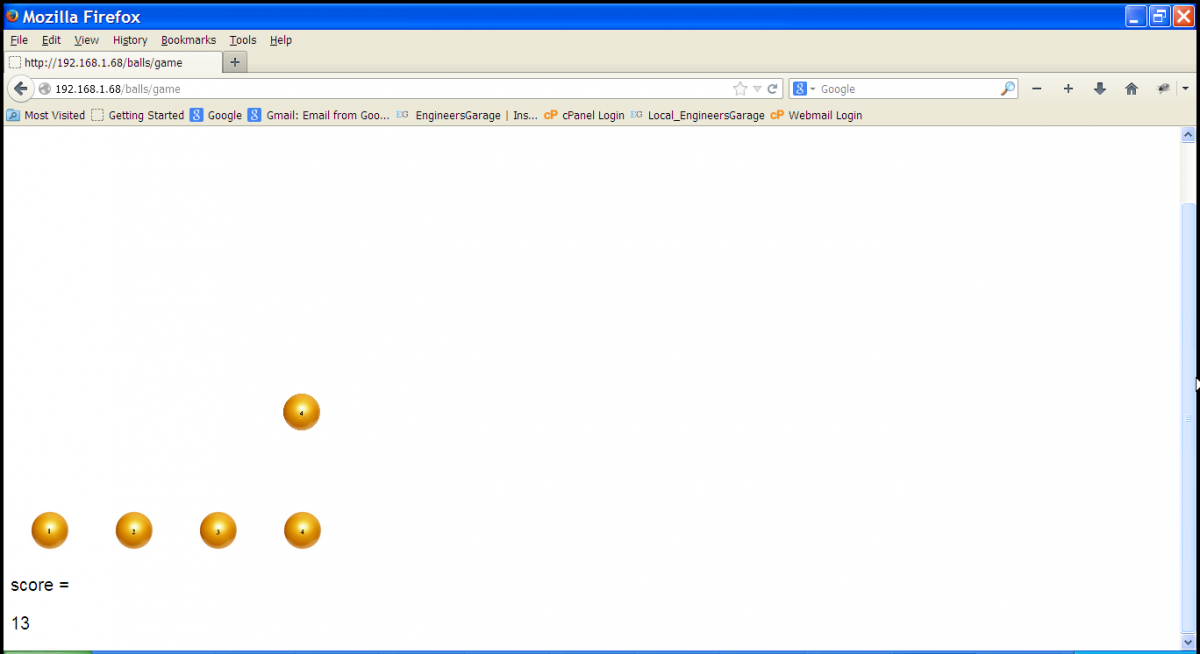 Once the Raspberry pi reboots try to login using the new IP address.
The next step is to download and install the Apache server for the Ubuntu. It can be done using the following commands;
sudo apt-get update
sudo apt-get install apache2
Now simply copy the game folder in the directory “/var/www”. Change the permission of files in the game folder named say ‘game’, using the following command so that it can be accessed by others in the network.
chmod 777 game/*
Now open a browser in the PC and type the address of the Raspberry pi board in the address tab and start playing the game.
The Raspberry pi is connected to the port number 80 of the router and it can be forwarded to the internet by logging into the router and do the settings under ‘PORT FORWARDING’, the steps will vary from one router model to another.
Enable the forwarding of the port 80 using the following details;

Find the public IP of the router also and if the public IP is say 123.238.112.227; then one can use the same IP to play the game from the Raspberry pi game server from anywhere around the world using a web enabled device.
[video=youtube]http://youtu.be/TSnt4RplY7Q[/video]
Last edited by hackinformer on Fri Oct 10, 2014 1:11 pm, edited 1 time in total.
Top

Re: How to use a Raspberry Pi as a game server

awesome!! thanks alot, gonna try something with this
Top
Post Reply
2 posts • Page 1 of 1